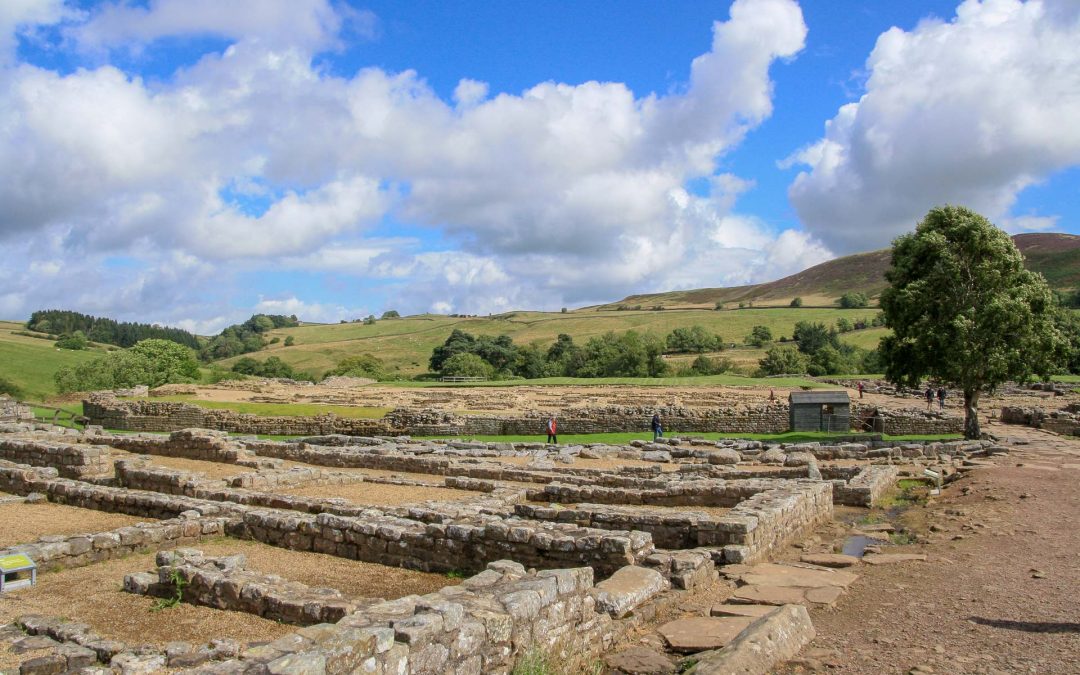 Travelling south through the Scottish Borders towards the town of Jedburgh, stopping briefly to photo the ancient 12thc ruined Abbey, sitting roundly above the Jed Water the river which flows through the town. Continuing towards Carter Bar the pass over the Cheviot Hills to cross the Border into Northumberland, the county in North East England. Like some areas of Scotland, it’s unspoilt natural beauty, inland are moors and by the coast are long deserted beaches.

Arriving at Chesters Fort, built on the banks of the River Tyne, inside the musuem there’s lots of Roman carved stones to the Gods they worshipped, interesting Roman artefacts found from the excavations around the fort and surrounding areas. Walking out to the excavated Fort and the Bath House which was built outside the fort as was the habit in Roman times. One of the finest examples of Roman Forts in the UK.

After exploring drive along the road B6318 , noticing parts of the Wall still visible today, time permitting visiting the Temple of Mithras at Carrawburgh situated beside the ruins of Brocalita Fort Exploring Hsdrian’s Wall area it’s worth staying overnight in the area allowing more t8me to explore there are several Roman sites ie Vindalanda Fort, Homesteads (to name a few) to visit & it’s always good to walk part of the wall to experience the natural beauty of the area.